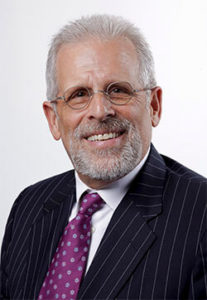 Jerrold Kamensky, a graduate of Georgetown University Law School in Washington, D.C. Following several years as an attorney with the government, Mr. Kamensky formed a partnership with Laurence Tomar, now one of KC&R’s Of Counsel attorneys. The firm eventually located to a building on Broad Street in Trenton across from the courthouse in which Mr. Kamensky has remained practicing law for the surrounding communities for over 40 years. Kamensky Cohen & Riechelson now has their main offices in this location with additional offices in Pennington, NJ and Newtown, PA. Mr. Kamensky is a New Jersey Certified Civil Trial Attorney, a designation provided to a relatively small number of Attorneys in recognition for their skill and continuing education in the practice of law in that state. He has appeared in all levels of the courts from municipal to Federal as well as having the honor of appearing before the Supreme Court of the United States arguing an important Free Speech case State vs. Schmid. His leadership provides Kamensky Cohen & Riechelson with a wealth of experience and contacts in both New Jersey and Pennsylvania and promises our clients representation of the highest order.

Spike in Drone Accidents and Subsequent Injuries in New Jersey

All About Escalator and Elevator Injuries in New Jersey