When a large production plant or manufacturing facility exists in close proximity to a residential community, there is ample opportunity for conflict between the corporate interests and the homeowners.

Such conflicts often include noise complaints, danger to community members, including young children, noxious odors, and other emissions that threaten the physical health, quality of life, property values, peace, and enjoyment of those living in surrounding areas. For instance, due to the prevalence of food processing and animal agricultural operations throughout Pennsylvania, and the potential for odorous emissions being generated by this type of manufacturing, odor management standards, programs, and practices have become a substantial source of debate and concern. In Allentown, Pennsylvania, discord between the Purina pet food company, a subset of Nestle Purina Petcare Company based in St. Louis, MO, and local residents has led to a class action lawsuit.

What were the original details of the lawsuit? 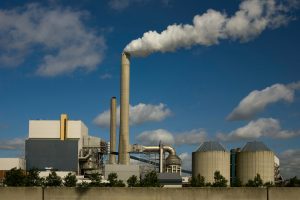 The lawsuit, spearheaded by a legal team that includes Kamensky Cohen Riechelson’s own Kevin Riechelson, claimed that noxious smells from the pet food production process were adversely affecting the peace and wellbeing of Allentown neighbors. According to the class action suit, which was first filed in August of 2020 by lead plaintiffs Mark Fuehrer and Lori Fuehrer, local properties have been “physically invaded by noxious odors…which entered plaintiffs’ properties originating from defendant’s facility.” The odors, which, according to the details of the lawsuit, come from the process of drying and cooking ingredients such as raw proteins and animal fats, produce “highly odiferous emissions” that are released into the air surrounding the facility. The lawsuit explained that, in addition to the odors, the facility also produces massive amounts of organic waste. This waste, which is disposed of on-site at the outset, is not properly attended to given the nature of its ingredients, such as animal fats. Additionally, because the Purina facility has an on-site wastewater treatment process, this process of treating waste creates additional malodorous byproducts.

On March 17, 2021, the plaintiffs submitted an initial settlement that would serve to resolve the ongoing class action lawsuit. This proposed settlement called for an $800,000 payout within 30 days of the established date to all named class members and owners or residents of residential properties within a one and three-quarter-mile radius of the plant who resided in their proximal home during the named Settlement Class Period. Class members needed to have submitted proof of their claim within the established time frame and not explicitly mentioned their desire to be excluded from the lawsuit. The established time frame ended on June 1, 2021.

What has changed since the original settlement proposal was preliminarily approved?

Just over a week after the deadline to submit claims or opt-out of the suit, counsel for the lead plaintiffs in the case informed the court that two settlement class members submitted an objection to the terms of the settlement. Despite the objection, the lead plaintiffs in the class action lawsuit, Mark and Lori Fuehrer, have stated that they believe the objections should not deter the case from reaching the proposed settlement resolution, as only one couple among many participants has raised an objection. It was also noted that the Purina plant has made significant improvements to its processes in order to reduce the noxious odors emanating from the facility.

Response to the objection notice also pointed out that the settlement payouts would represent fair compensation for damages to livelihood and property experienced to this point. Those who object may bring forth future lawsuits should issues continue to arise that cause further damage to property values or physical health. Overall, the reaction from the vast majority of class participants has been extremely favorable, thus outweighing the isolated objections of two individuals.

Because of the objection to the class action settlement and its response, a fairness hearing will be overseen by the Honorable Judge Smith on June 25, 2021.

A Mission, a Passion, a Commitment

The personal injury attorneys at Kamensky Cohen & Riechelson are united in their shared commitment to advocating for those who have been harmed by the negligence of others throughout New Jersey and Pennsylvania. The members of our legal team serve as passionate advocates for clients whose physical, emotional, and financial lives have been jeopardized at the hands of companies, individuals, and organizations who fail to exercise due care.

We refuse to back down in the face of corporations and other powerful interests whose expansive resources often intimidate and overwhelm innocent victims. When you or someone you love has experienced the detrimental impacts of another party’s actions or failures to act in accordance with their duties, our lawyers stand in the gap, employing our depth of knowledge and practical skill applying the law, to achieve just compensation.

To discuss your legal matter with an experienced personal injury and workers’ compensation lawyer who can personally advise and assist you, contact us online or by telephone at (609) 528-2596 from New Jersey or (215) 337-4915 from Pennsylvania. Take the first step toward getting answers and asserting your rights, and reach out to arrange a consultation with one of our attorneys.

Kamensky Cohen & Riechelson recently sent out letters to residents across Florence NJ and highlighted the problems posed by a landfill in Tullytown, Pennsylvania.

The Florence residents, who are subject to noxious odors and fumes from a landfill which is situated across the Delaware River, have been invited to join a class-action lawsuit. According to KCR partner Kevin Riechelson, the firm hopes to garner as large a class as possible because “it’s pretty much impossible for anyone to do it on an individual basis.”

Residents in Florence have been complaining to Waste Management, the company that owns the landfill, for some time about the strong odors coming from the site. Residents have also been calling government hotlines to voice their concerns.

The Pennsylvania Department of Environmental Protection finally responded to the complaints last month by opening an investigation into the landfill.

Kamensky Cohen & Riechelson, which has offices in Trenton NJ and Bensalem PA, has partnered with Liddle & Dubin, a law firm based out of Detroit MI which specializes in these kinds of environmental class actions.
Both firms have taken the initiative to help affected parties take legal action against the owners and operators of the Tullytown landfill.

The lawsuit aims to secure compensation for residents who have been forced to endure the noxious odors. Beyond that, KCR hopes that the class action will result in an injunction being issued so that Waste Management will be required to clean up the landfill and take measures needed to prevent the offensive odors from carrying across the river.

The partners of Kamensky Cohen & Riechelson have teamed up with a Detroit law firm to investigate pursuing a class action lawsuit against the Tullytown Landfill for noxious odors that are affecting surrounding communities. The noxious odors are also substantially diminishing the residents’ enjoyment of their homes.

If you, or anyone you know, has been affected by the odors from the Tullytown Landfill, you are entitled to join the lawsuit against them.