Workers’ Compensation Responsibilities as an Employer in NJ

How do the laws affect you as an employer, and what are your responsibilities? Worker´s Compensation Attorneys serving Trenton,...

How do the laws affect you as an employer, and what are your responsibilities? Worker´s Compensation Attorneys serving Trenton, Princeton, Lawrence, Hamilton, and across Mercer County 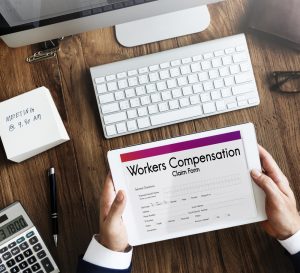 According to the New Jersey Department of Labor and Resource Development, all employees must provide workers’ compensation insurance unless they are covered by a federal program or meet the requirements for approval for self-insurance. This necessity to protect one’s employees’ safety and security is at the heart of all federally- and state-mandated workers’ compensation laws.

Worker’s Compensation Insurance in New Jersey is the way employers are held responsible and resourced in meeting their employees’ safety and security needs. In other words, it’s the insurance system through which employers cover the expenses of an employee’s injury sustained while on the job. This system provides the employee with the security of knowing that if they are injured at work, resulting in medical expenses, time lost from pay for recovery, or other costs, including short- or long-term disability pay, the employee will be able to get those costs covered by their employer. As a result of providing this guarantee of support to their employees, an employer is protected from lawsuits in the case of injury on the job. One reason for this protection from lawsuits is that the workers’ compensation program is a no-fault system, meaning that the employer is not held liable for injury to employees sustained on the job, as long as they provide this protection of financial coverage for medical and other expenses.

As an Employer, What Responsibilities for Offering Workers’ Compensation Insurance Do I Have?

You, as an employer, are responsible for taking all of the precautions necessary to ensure the safety and security of your employees. This means keeping the grounds maintained, providing safety training in machinery use, and other preventive measures.

All corporations and limited liability corporations (LLCs) must have workers’ compensation insurance or be approved for self-insurance. Workers’ Compensation benefits must include corporate officers in corporations, and LLCs must cover all employees who are not partners or members of the LLC.

If a sole proprietorship employees anyone besides the principal owner, it must also have workers’ compensation insurance or proof of self-insurance.

Five types of benefits providing workers’ compensation insurance for your employees provides them. They are as follows:

The Attorneys at Kamensky Cohen & Riechelson have years of experience handling injury and worker’s compensation claims and working with insurance companies to ensure the best possible outcome for clients in towns such as Trenton, Princeton, Lawrence, Hamilton, and across Mercer County, New Jersey.

Call today or contact us online for a free and confidential consultation to review your case with one of our lawyers today.

Kamensky Cohen & Riechelson recently sent out letters to residents across Florence NJ and highlighted the problems posed by a landfill in Tullytown, Pennsylvania.

The Florence residents, who are subject to noxious odors and fumes from a landfill which is situated across the Delaware River, have been invited to join a class-action lawsuit. According to KCR partner Kevin Riechelson, the firm hopes to garner as large a class as possible because “it’s pretty much impossible for anyone to do it on an individual basis.”

Residents in Florence have been complaining to Waste Management, the company that owns the landfill, for some time about the strong odors coming from the site. Residents have also been calling government hotlines to voice their concerns.

The Pennsylvania Department of Environmental Protection finally responded to the complaints last month by opening an investigation into the landfill.

Kamensky Cohen & Riechelson, which has offices in Trenton NJ and Bensalem PA, has partnered with Liddle & Dubin, a law firm based out of Detroit MI which specializes in these kinds of environmental class actions.
Both firms have taken the initiative to help affected parties take legal action against the owners and operators of the Tullytown landfill.

The lawsuit aims to secure compensation for residents who have been forced to endure the noxious odors. Beyond that, KCR hopes that the class action will result in an injunction being issued so that Waste Management will be required to clean up the landfill and take measures needed to prevent the offensive odors from carrying across the river.

A 54-year-old West Windsor man, accompanied by his 8-year-old son, attempted to cross Washington Road in Princeton when he was reportedly struck by a car. According to authorities, the 8-year-old child was also hit by the vehicle.

The two victims had been riding their bikes, but they stopped to walk the bikes across Washington Road at a towpath.

Police said that a Honda Accord stopped so that the man and his son could get across the road safely. However, as they reached the shoulder of the road, a 2005 Jeep Liberty tried to pass the Honda and allegedly hit the two pedestrians.

According to police, the driver of the Jeep Liberty was a 28-year-old Dayton NJ resident.

Shortly after the accident, the adult victim was taken to Capital Health Regional Medical Center in Trenton to be treated for his injuries. Meanwhile, the son was taken to Robert Wood Johnson University Hospital in New Brunswick.

Thankfully, neither victim suffered life-threatening injuries as a result of the accident.

Princeton police officers are currently investigating to determine if criminal charges should be filed.

If police ultimately determine that the driver of the car in this case acted recklessly, he could be charged with reckless driving. This is a very serious criminal charge that can potentially result in the offender being sentenced to up to 2 months in jail.

Additionally, the driver could be subject to significant civil penalties as a result of the pedestrian accident. Anyone who operates a motor vehicle in the State of New Jersey is expected to share the road with bicyclists and remain attentive when pedestrians attempt to cross the road. If a motor vehicle driver fails to yield or negligently hits a pedestrian or bicyclist, they may be liable for any injuries suffered by the victim.