We all know how much the variable climate affects every aspect of our lives in New Jersey. 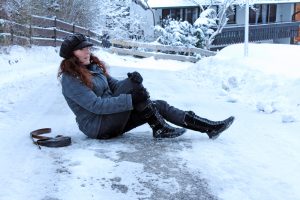 The snow and ice storms in the state create a plethora of precarious conditions for the roadways, sidewalks, and residential and commercial properties, but New Jersey residents have learned to navigate those conditions with caution to remain safe. One area of navigation that continues to be an issue regards public walkways and sidewalks in front of and within commercial properties. A recent New Jersey Supreme Court decision, Pareja v. Princeton International Properties & Lowe’s Landscaping and Lawn Maintenance, LLC, overturned the Appellate Division’s ruling that commercial and private properties are required to remove precarious walking conditions in the ongoing presence of precipitation, adopting the “Ongoing Storm Rule.”

What is the “ongoing storm rule”?

The “ongoing storm rule,” according to text from New Jersey Supreme Court Justice Fernandez-Vina’s majority opinion, is the precedent by which the owner of property does not have the legal obligation to remove snow or ice from public walkways until a reasonable amount of time subsequent to the precipitation ending. Given the amount of rain, ice, and snow that falls in New Jersey, the creation of precarious walking conditions is a practically inevitable aspect of winter and transitional months. The protection of property owners under the “ongoing storm rule” is quite vast, because the rule implies that it is impractical to remove snow or ice from sidewalks until the precipitation has ceased to fall. This argument of what is practical and therefore a safety responsibility, and what is impractical, has colored the New Jersey courts for decades. The majority noted in its opinion that liability lawsuits against property owners regarding slip and fall cases due to inclement weather have been on the record in New Jersey since 1926.

The Court noted multiple other states in the Northeast that adhere by the tenets of the “Ongoing Storm Rule” to protect commercial property owners from lawsuits that occur as the result of a slip and fall during inclement weather conditions. Yet, while the NJ Supreme Court’s decision was that the “ongoing storm rule” is justifiable and can serve as umbrella protection for property owners in inclement New Jersey weather, the ruling did leave the door open for future liability lawsuits to continue.

While the majority of NJ Supreme Court Justices ruled in favor of endorsing the “Ongoing Storm Rule” (the Court ruled in favor of the defendant 5-2), left quite a bit of grey area. In overturning the Appellate Division’s majority opinion that it is the property owner’s legal duty to act in a reasonably swift manner to remove precarious conditions. The Supreme Court noted that such an imposition on property owners does not take into condition their reasonable capacity to remove such dangerous obstacles, especially if they are small businesses. 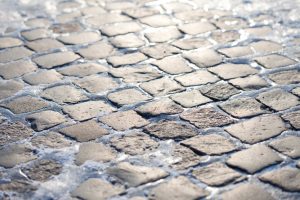 To ensure that you navigate your slip-and-fall lawsuit successfully as a plaintiff or commercial defendant, it is important to have the support of an experienced attorney.

Contact our Injury Attorneys for Help with Your Claim

If you are engaged in or considering filing a slip-and-fall lawsuit due to inclement New Jersey weather, our skilled injury attorneys are on your side. Examining your case to understand if it has the necessary elements to obtain compensation for a slip and fall is crucial, and we can help.

Get in contact with us at 609-528-2596 or fill out our online contact form to schedule a free and confidential consultation to discuss the grounds for your lawsuit for injury compensation. 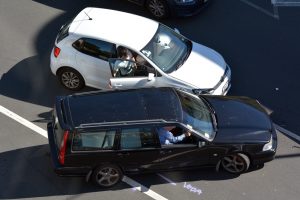 In 2017, there were over 270,000 car accidents in New Jersey, according to the New Jersey Department of Transportation. Essex County led the count in reported car accidents with 29,635 in 2017, followed closely by Bergen County with 28,903 reported accidents and Middlesex Country with 27,137 reported.

Car accidents are major stressors to all parties involved, both physically and emotionally. The American Academy of Family Physicians lists such post-traumatic effects of traffic accidents as shock, anger, fear, anxiety, nightmares, and irritability.

After a car accident, one expects that the stressors will be over, and the order will ensue. Unfortunately, that’s not always the case. More often than would be desired, the process of filing a police report can instigate additional stress, as authorities sometimes fail to arrive at the scene of the accident to complete the report, or they fail to even respond to the call.

Why did the authorities not arrive at the accident after I called it in?

Filing a police report is an imperative procedure when you have been in a car accident, no matter how minor or major the accident was. That said, even when one tries to file a report, there are instances in which police do not respond. Following are some of the main reasons authorities may not appear to the scene of the accident to complete a report upon its being called in:

How do I ensure that a police report for the accident is filed in the absence of authorities?

In the case that, upon calling to report an accident, authorities do not respond and arrive at the scene, there are some steps you can take to ensure that a police report is filed in their absence.

What do I need to ensure is included in a police report?

The National Safety Council reported in a recent study of all 50 U.S. states and Washington, D.C., that crucial information is often left out of police reports that adversely impact efforts to save lives, as well as, perhaps, the outcomes of injury claims.

According to the study, New Jersey police reports lack information in the police reporting systems on drugs other than alcohol involved in the accidents, whether the accident was work-related, and advanced driver assistance programs involved.  As such, it is imperative that you include as much information you think would be informative to an insurance claim as possible.

Again, while a police report will not always be used, it is imperative to file one. Sometimes, because of the adrenaline and chaos of an accident, one will not feel or know they have sustained injuries. Later, upon recognizing that your body has sustained injuries and you file a personal injury claim with your insurance carrier, it will be essential to have a police report available, as it is the primary collection of evidence an insurance carrier and personal injury lawyer will use to seek compensation for injuries sustained in the accident.

If you have been involved in a car accident in which the authorities did not come to the accident scene to complete a police report, file one yourself. Then contact Kamensky Cohen & Riechelson to consult with an experienced member of our team regarding the next steps in your personal injury claim to ensure that you receive fair compensation for physical and emotional injuries sustained in the accident. We serve in Trenton office, Princeton, Lawrence, Hamilton, New Brunswick, and across Mercer County.

To connect with our firm today in a confidential and comprehensive assessment of your case call us at (609) 528-2596 or go online to schedule a free, no-risk consultation with a personal injury lawyer.