Home / Criminal Defense / Assault Offenses / What is a “petty crime” in New Jersey, and what are its consequences?

There is a common misconception in New Jersey about “petty crime.”  According to New Jersey law, disorderly persons charges, petty or otherwise, are known as “offenses,” and more serious, indictable offenses are known as “crimes.” 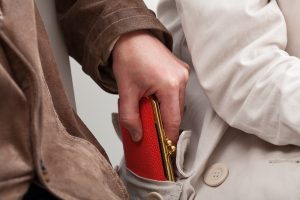 There is also a common misconception that a disorderly person charge is no big deal doesn’t hurt anyone, and won’t affect your long-term legal standing. This couldn’t be further from the truth. These types of what are commonly known as misdemeanors can cause great harm to a community and its people, and as such, judges are often harsh when convicting offenders of misdemeanor crimes in order to discourage them from breaking the law again. The disorderly persons offenses that makeup misdemeanors often include harassment and other psychologically abusive behaviors, and prosecutors and judges both tend not to stand for that type of behavior in their communities. Read on to learn what types of misdemeanors make up “petty crimes,” and why it is important to seek the support of a criminal defense lawyer, one who has experience in the municipal court system and knows how the prosecution builds their cases against offenders, to combat your charge.

How are charges categorized in New Jersey?

According to New Jersey Statutes 2C:1-4, which governs the classes of offenses in the state, notes that both disorderly persons offenses and petty disorderly offenses do not constitute crimes, as laid out by the New Jersey State Constitution. As such, they can not be indicted by a grand jury or tried by a jury, and conviction of the offense cannot be used to place them at any legal disadvantage.

Examples of disorderly persons offenses include the following:

Potential consequences, and why to have a criminal defense lawyer

An experienced criminal defense lawyer can get a disorderly persons to charge lessened in severity to petty or dismissed altogether. The main path by which a charge is dismissed is the proof that there was any reasonable doubt that a crime occurred. This is because a prosecutor holds the burden of proof for proving beyond any reasonable doubt that the defendant is guilty of the charge.

At Kamensky Cohen & Riechelson, our criminal defense attorneys are experienced in supporting our clients across  Trenton office, Princeton, Lawrence, Hamilton, New Brunswick, and across Mercer County with all manner of disorderly persons charges.