Key Components and Process of a Personal Injury Lawsuit in NJ

A personal injury lawsuit can cover anything from a medical malpractice case due to a product or procedure that...

Top 3 Reasons Your NJ Primary Care Doctor Shouldn’t Treat You After A Motor Vehicle Accident After an automobile...

Attorneys with more than 40 years of experience handling assault by auto cases in Mercer County, Princeton, Lawrence, and Trenton

Assault charges are extremely common in New Jersey. One of the most serious assault charges is assault by auto. NJ lawmakers impose special penalties for assaults involving motor vehicles because the injuries are often severe in auto accidents. Anytime a person operates a motor vehicle in the State of New Jersey, they are expected to drive safely and with full awareness of the risks posed to other motorists. NJ prosecutors often seek maximum penalties in assault by auto cases in order to discourage dangerous drivers and minimize the risk of serious accidents.

Kamensky Cohen & Riechelson is a highly respected law firm with more than 40 years of experience handling assault by auto cases. Our criminal defense lawyers appear on a daily basis in courtrooms throughout Mercer County, NJ, including Hightstown, Lawrence, and Pennington. If you were involved in an auto accident and have been accused of assault by auto, call KCR today to speak with a member of our litigation team and begin your defense.

Keep in mind that intent is not an element of an assault by auto charge. The prosecution does not need to prove that the driver intentionally injured another person; it is enough that the driver engaged in reckless conduct.

Penalties for Assault by Auto in Princeton NJ

The penalties for assault by auto vary, depending upon the severity of the injury and the circumstances of the accident: 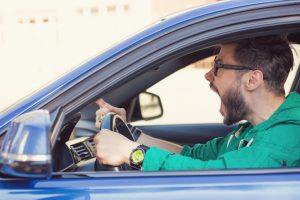 If you recklessly operate a motor vehicle on New Jersey roadways and cause an accident that results in the death of another person, you could be charged with death by auto.

The attorneys at Kamensky Cohen & Riechelson are prepared to fight your assault by auto charges. Call us 609.528.2596 now to discuss your case over the phone, or fill out the online contact form to schedule a meeting at our offices in Pennington or Trenton.