When a tenant rents an apartment, home, or business property from a landlord or property manager, they expect to...

Physical Therapy after an Accident in NJ 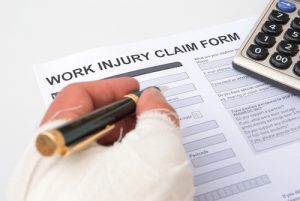 The prevalence of companies contracting with individuals while not classifying them as employees is on the rise as the “gig” economy takes off. The most well-known gig workers these days are contractors for taxi companies and delivery services such as Uber Eats, but the number of non-employee workers is enormous and rising.

There are pros and cons to working for hire, as is the case with many things. Gig workers are especially fond of their flexibility and the fact that they are in control of their schedule and availability, for the most part. These contracted workers are a loose branch of the company, and in many respects, that is positive for both parties; however, the effect of not joining a company as an employee impacts the welfare of these contracted workers in an adverse way and plays to the benefit of the employers in loosening their legal and financial responsibilities for the safety of the gig workers.

Unlike a company’s employees, its contracted workers are not entitled to workers’ compensation benefits. According to New Jersey law, an employee or their dependents can receive payment, called workers’ compensation, for any injury or death that occurs as a result of their job throughout the course of their employment there, including loss of wages, medical treatment, and even permanent disability payment.

New Jersey law protects employees who work for uninsured companies in case they are injured on the job through the NJ Department of Labor and Workforce Development’s Uninsured Employers Fund, but this protection does not extend to non-employees. So what if you are a contracted worker for a company – what rights is the company legally obliged to provide you? Read on to learn more about the nature of an independent contractor’s legal relationship with its employer.

Does Workers’ Compensation Apply to the Independent Contractors?

The gig economy took off in the past decade with a dual purpose: workers wanted increased flexibility and the opportunity to work at their leisure. Employers wanted to lower labor costs. Both sides received what they were hoping for, but the real benefit went to employers, who side-stepped responsibilities such as health insurance, paid leave, and workers’ compensation for employees.

In the absence of responsibility for covering such things as social security and workers’ compensation for their gig workers, many companies have exploded revenues without feeling the kickback of support for the contracted workers whom they hire to do their on-the-ground work. Yet this, according to current national law, is legal, and that companies are taking advantage of individuals’ desire for gig work over employment is a natural byproduct of the move toward entrepreneurial mindset among workers.

The National Employment Law Project released a report in 2016 calling for the extension of workers’ compensation benefits to contractors, specifically because of the dangers faced by gig workers such as taxi drivers and bicycle deliverers, and because companies that hire these types of workers often include incentives encouraging working during dangerous conditions.

In 2016, the National Employment Law Project published a paper that advocated that gig workers receive workers’ compensation, especially since occupations such as taxi drivers and bike messengers are among the most dangerous. In fact, companies that employ such gig workers often provide incentives for them to work in inclement and dangerous weather conditions. While a shift in independent contractor’s rights has not been seen at a national level, there are changes being made that reflect an expansion of support for gig workers. In New York, the state requires a fare surcharge that finances a “Black Car Fund,” which offers benefits to all for-hire transportation workers whether or not they are employees.

At Kamensky Cohen & Riechelson, our attorneys are extensively experienced in workers’ compensation law across in Princeton, Ewing, Hamilton, Pennington and across Mercer County, New Jersey, including representing independent contractors who have been injured as a result of their work, as well as traditional employee support for temporary and permanent injury and death claims. To schedule a consultation with a member of our team today regarding your injury on the job.

You can fill out the online contact form to schedule a meeting at our offices in Trenton New Jersey or contact our Mercer County offices today at (215) 337-4915 to learn more about how our workers’ compensation team and how we can assist you.