Many suffering in silence from Elder Abuse in their golden years

Elder abuse has many forms and includes several types of mistreatment and violence inflicted on individuals who are over...

Should I File a Personal Injury Claim or a Workers’ Compensation Claim? 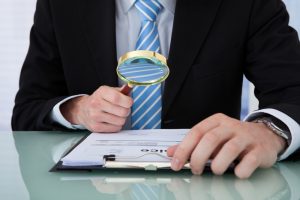 The concept of insurance fraud continues to find its way into the New Jersey Workers’ Compensation claims. Insurance carriers are now directing their lawyers to pursue fraud claims against injured employees as a means to terminate medical and monetary benefits. However, the nature of this fraud does not always lie in acts that could be recognized as “obvious.” An obvious example would be when an employee exaggerates the severity of their medical condition and is later found engaging in activities inconsistent with the nature of their complaints. Another obvious example is when an injured employee is found collecting money while engaged in a work-related activity which is more strenuous than the work they performed for their employer.

Unfortunately, there are allegations of fraud being made against disabled employees with legitimate claims. These employees are complying with the instructions of their treating physicians and adhering to the directions of their insurance adjusters. Nonetheless, the insurance carriers are attempting to terminate their obligation to provide benefits by invoking N.J.S.A. 34:15-57.4. This is a New Jersey law holding that an employee is guilty of fraud if they file a workers’ compensation claim for medical or temporary disability benefits when they know that the claim contains false or misleading information. A violation of this statute under the New Jersey Criminal Code is a crime of the fourth degree, which could subject the person to a sentence of up to 18 months in county jail. The penalty in workers’ compensation court is the termination of all benefits and an order to repay back the benefits already received. 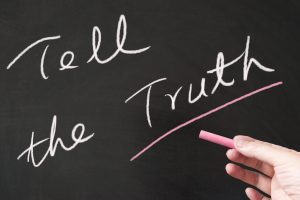 Insurance carriers in New Jersey are bringing fraud actions when they believe they can prove that an employee knowingly failed to reveal prior injuries, accidents, or other claims. This is because the employee filing the claim has an obligation to notify either the treating physician, the evaluating physician, or the insurance carrier insuring their employer of these other factors.

The success or failure of the insurance carrier’s approach in these cases is almost completely in the hands of the workers’ compensation judge who is assigned to the case.

However, there is some guidance for judges when confronted with a fraud claim.

Keep in mind that major treatment, such as surgery or the recommendation for surgery, is also information that should be shared with your physician. This is common sense, as you want your doctor to know your complete history so that you can receive the very best treatment available to you.

As a general rule, if you are injured at work, you need to be honest with your doctors. Follow their directions and restrictions at all times.

If you have any questions about your obligations when injured, please contract Kamensky, Cohen & Riechelson we have experienced attorneys in Princeton, Ewing, Hamilton, Pennington and across Mercer County, New Jersey.

Don´t hesitate to schedule an initial consultation by calling (609) 528-2596 or visiting our website and fill out an online form.

These decisions are extremely significant, as they allow auto insurance companies to refuse to compensate policy holders with uninsured motorist benefits under certain circumstances. Overall, this will have serious repercussions for New Jersey drivers who sustain injuries during motor vehicle accidents with uninsured or underinsured drivers.

To fully comprehend the meaning of the State’s findings, one must have a reasonable foundation of knowledge with regard to uninsured motorist benefits in New Jersey. Specifically, State law addresses these issues in the 1972 Uninsured Motorist Act, which requires drivers who maintain Standard Automobile Insurance policies to include “Uninsured Motorist Coverage” as a means by which to ensure that they will remain covered even if they are injured during an accident with another driver who either does not have an auto insurance policy (uninsured) or does not have sufficient coverage through their auto insurance policy to compensate for the other person’s injuries (underinsured).

In the first case, Badali was injured when he was hit by an uninsured driver, but had obtained uninusured motorist coverage through both Harleysville Insurance Co. and NJM. The court initially ruled that each of these companies was responsible for paying half of the damages associated with Badali’s claim. Harleysville paid their share; however, NJM refused, arguing that Badali’s policy had coverage limits of $15,000 and that his policy’s language was “fairly debatable.” The New Jersey Supreme Court agreed.

In Wadeer v. New Jersey Manufacturers Insurance, the plaintiffs claimed to have been injured in an accident caused by an unidentified vehicle. The sum of their compensation was initially set at $255,175 but subsequently reduced to $100,000 due to their policy limit, with further sums awarded to compensate for their legal counsel. A court of appeals overturned the ruling that awarded them payment for legal representation, after which the Wadeers filed a bad-faith lawsuit against NJM. According to the NJ Supreme Court, this bad-faith claim was unfounded because the case had been fairly litigated and therefore, no further litigation should occur.

Representatives for the plaintiffs in both of these cases cited NJM and other insurance providers’ regular practice of denying uninsured motorist benefits based on the “fairly debatable doctrine.” Nevertheless, the State upheld the doctrine’s validity, finding in favor of the insurance company. With this type of uphill battle facing drivers who are injured in motor vehicle accidents in New Jersey, a seasoned personal injury attorney becomes an indispensable asset when seeking to successfully resolve these matters.