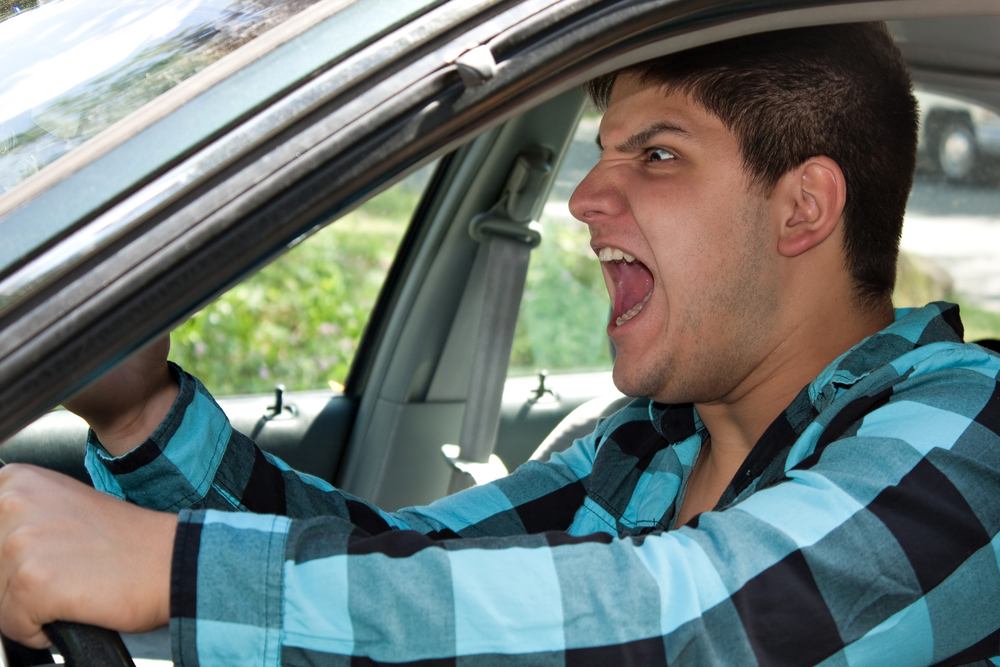 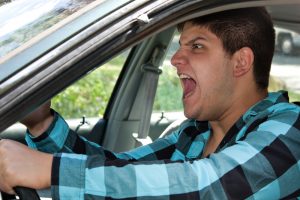 Sometimes, congested highways and people in a hurry provide the perfect storm for road rage to rear its ugly head.  Road rage is not just offensive, it can be hazardous, and it is a problem that has been on the rise as more and more vehicles fill the same congested streets. In recent studies done by AAA, throughout the United States, more than 80% of drivers admitted to driving aggressively.

Aggressive driving can include actions that one may consider a normal part of driving, such as speeding, cutting others off, honking the horn repeatedly, or using angry hand gestures.  In some unfortunate instances, that aggressive driving turns into road rage.  It is estimated that thousands of people have been seriously injured every year due to road rage, and hundreds have been killed. In fact, aggressive drivers’ refusal to abide by motor vehicle laws and dangerous driving behaviors often cause severe car accidents, leaving other drivers and their passengers on the roadways significantly injured. In these cases, aggressive drivers who cause auto accidents and other types of crashes may be held liable when others are injured or tragically die as a result of their road rage-related actions.

If you or someone you love has been harmed in a car accident caused by someone else’s road rage and aggressive driving, it is important to consult an experienced personal injury lawyer who can comprehensively investigate your case and determine if you may be entitled to compensation. At Kamensky Cohen & Riechelson, our diligent injury attorneys have over 50 years of experience representing car accident victims and their families throughout New Jersey. With knowledge, skill, and the utmost dedication, we seek to ensure that our clients receive compensation to truly account for all of their losses resulting from accidents. For a free consultation, contact us at (609) 528-2596 today.

What is Road Rage?

Road rage is aggressive or angry behavior exhibited by motorists. These behaviors include rude and offensive gestures, verbal insults, physical threats, or dangerous driving methods, including longhorn honks, swerving, tailgating, or brake checking. Those actions are targeted toward another driver or non-drivers such as pedestrians or cyclists to intimidate or release frustration. Road rage can lead to altercations, damage to property, assaults, and collisions that result in serious physical injuries or even death. At times, drivers will get out of their vehicles to start a physical fight on the roadway.

How prevalent is road rage in New Jersey?

A survey consisting of 1,012 New Jersey consumers with valid driver licenses who operate a vehicle at least once per week included questions about personal driving behavior and observed driving behavior to measure tendencies and attitudes regarding aggressive driving. The study had a 95 percent confidence interval and +/- 2 percent margin of error. It was conducted by Plymouth Rock Management Company of New Jersey, and the findings were shocking:

How are aggressive driving and road rage different? 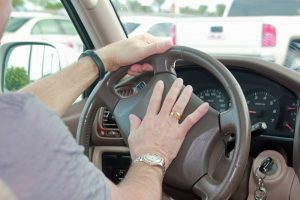 Road rage occurs when there is intent to produce bodily harm to someone else.  A driver engaging in road rage may use his vehicle as a weapon or use something else in the car to harm the other person.  According to the American Safety Council, over one-third of road rage cases involve firearms.  Road rage is considered a criminal offense due to the attack’s intentional nature and is taken very seriously by law enforcement. While equally uncalled for, aggressive driving is a much milder form of driving and is usually limited to a small incident, not resulting in damage.

A 2012 law termed “Jessica’s Law” was created after a 16-year old girl named Jessica Rogers was disabled in a car accident that resulted from road rage. Although she had had two dozen surgeries since the accident, the other car driver spent only four months in jail. Jessica worked to create stiffer penalties for road rage that results in injury to another, saying that while she serves a life sentence, the man who caused her injuries received only 4 months in prison.

After successfully lobbying in the state’s Assembly, the bill was passed unanimously, and Jessica’s Law became a reality.

How can I avoid getting angry when I drive?

If you feel less rushed, you will have less reason to get upset by other drivers.

If you listen to music, you have something that distracts you. Music has a calming effect.  Audiobooks are a good idea as well.

No, don’t pull off where the other driver went. Instead, pull off someplace else, get out of your car, and do some deep breathing for a few minutes.

Make your car as comfortable as possible.

Your surroundings affect your mood. So if it’s hot, crank up your AC. If it’s cool, then turn your heater on.

People talk on their cell phones, eat, and even put on makeup or shave while driving. That makes them even more dangerous to be sharing the road with, so keep your wits about you and focus on getting to where you are going.

What should I do if I encounter road rage from another driver?

If angry drivers target you, try these tips:

Road rage accidents are often instigated by unnecessary confrontations that are better left alone. Unfortunately, these confrontations can have devastating and deadly conclusions when accidents occur. However, those who experience injuries in road rage car accidents caused by aggressive drivers may be able to successfully recover financial damages for the monetary, physical, and psychological costs of their injuries. At Kamensky Cohen & Riechelson, our experienced New Jersey attorneys strive to hold responsible parties accountable to the fullest extent of the law, obtaining maximum compensation for injured clients and their loved ones.

To schedule a confidential case assessment with our firm today, please contact our online file or through our Trenton, NJ office at (609) 528-2596.