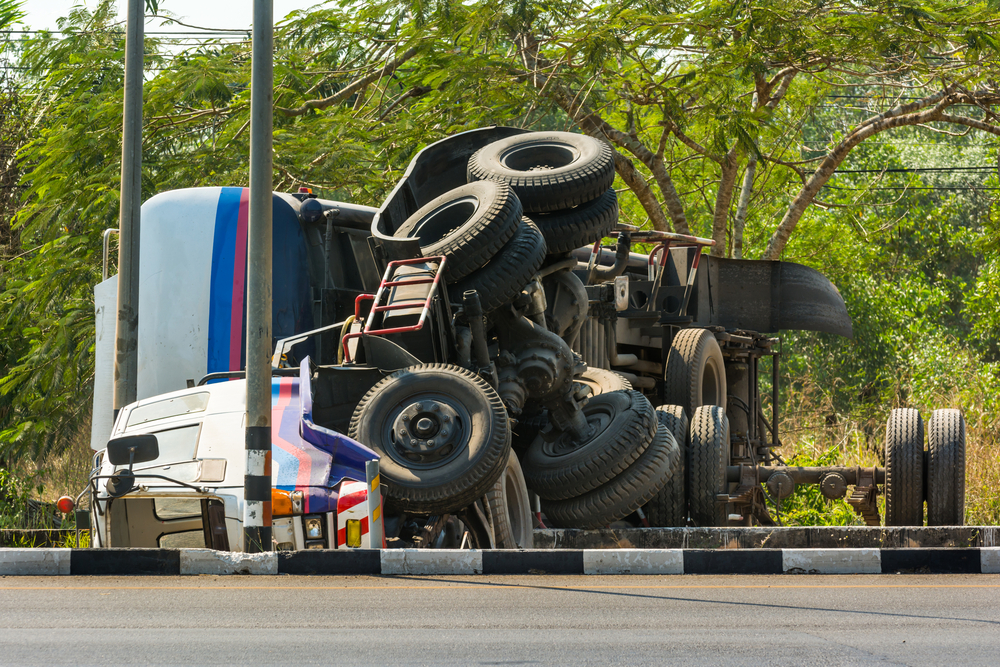 Truck Driver Fatigue: A Leading Cause of Truck Accidents and Why It’s So Dangerous 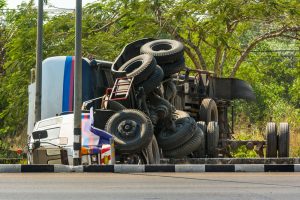 No matter how safe and defensively we drive, accidents happen. When those accidents include a tired driver who is operating a large tractor-trailer, dump truck, or cargo trailer, the results can be tragic. We intuitively know that a truck accident can be much more harmful than a collision between two smaller cars. However, the Federal Motor Carrier Safety Administration put a number on that knowing: according to 2014 statistics, nearly three-quarters – 72 percent – of trucking accidents that resulted in fatalities involved tractor-trailers. Read on to learn more about truck driver fatigue as a leading contributing factor to truck accidents and how an investigation into a truck accident requires a unique approach to determining what happened and why.

Fatigue. We see plenty of accidents on the road caused by tired or stressed auto drivers, so it’s no surprise that truck drivers, who often drive for up to a week at a time with few breaks (and sleep in their truck, no less) fall prey to the dangers of driver fatigue. Driving while tired is nearly as risky as driving while under the influence of drugs or alcohol. In fact, according to the Centers for Disease Control and Prevention, a driver who has been awake for 18 hours has the same risk while driving as someone who has a blood-alcohol level of 0.05 percent. In the study, the CDC also referred to a National Highway Traffic Safety Administration finding that between 2005 and 2009, 83,000 accidents occurred nationwide due to drowsy driving annually. While that includes autos and trucks, several accidents caused by non-alert, tired drivers are quite startling.

Why is fatigue so dangerous? Well, in addition to it causing less alertness and defensive driving, it can actually cause drivers to lose consciousness for short periods of time. Imagine what could happen in 15 seconds of unconsciousness behind the wheel of a tractor-trailer! These are called microsleeps, which, according to the National Center for Biotechnology Information, a division of the National Institutes of Health, are 1- to 15-second periods of sleep that can have potentially fatal outcomes.

Most cases of microsleep are caused by poor sleep habits or even one sleepless night. Microsleep can also be caused by an interruption to the person’s natural body rhythms – something a 15-hour on-duty shift could easily cause (see below). There are many causes of microsleep, and all of them create a hazardous potential on the road.

According to the United States Government, truck drivers must follow On Duty Time / Hours of Service regulations to prevent them from operating unsustainable and unsafe shifts. The Federal Motor Carrier Safety Administration has placed a limit of 15 hours on-duty allowed at a time and 10 hours of active driving for truck drivers. In adverse conditions, they may extend that limit to two hours. 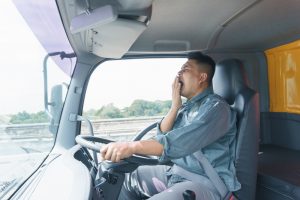 These hours sound extensive in themselves, but when you count the number of days they’re allowed to drive consecutively, you understand why truck driver fatigue is such a dangerous problem. According to the FMCSA regulations, drivers may have a seven or eight-day stretch of consecutive work. While during that time, they are allowed to drive no more than 60 hours (in seven days) or 70 hours (in eight days), Which means over 8 ½ hours of driving each day. After being off-duty for 10 straight hours, a driver may drive 11 hours. These regulations are meant to keep drivers and other motorists safe, and in most cases, they certainly do. However, because many drivers choose to drive at night to avoid traffic, and as such face, the monotony of open roads and sleepy towns, their own risk of microsleep is greatly increased with these types of hours.

Injured in an Accident with a Drowsy Truck Driver in New Jersey? Call today

You deserve to receive the full amount of financial compensation if you were in an accident that involved a large truck in New Jersey. If you face medical expenses, lost wages, emotional and physical trauma due to the truck accident, there are many reasons why it is important to have a truck and commercial vehicle accident lawyer advocating for you. The highly experienced truck accident attorneys at KCR Law Firm are on your side.

Investigating a truck accident takes a bit of a different approach than investigating a car accident to determine fault. For one thing, truck drivers are required to keep a driving log. Reviewing this log will show whether the truck driver was following the federal Hours of Service regulations, and therefore, whether the driver may have been driving drowsy. Additionally, many trucking companies keep track of driver drowsiness by installing in-cab recorders that capture signs of fatigue. These recordings can be requested by our firm.

If you have injuries from an accident with a tired truck driver in towns such as Pennington, Lambertville, Hopewell, Titusville, Florence, or Trenton get in contact us at 609-528-2596 or fill out our online contact form to schedule a free and confidential consultation with the attorneys at Kamensky, Cohen & Riechelson, where we focus on success and client satisfaction.