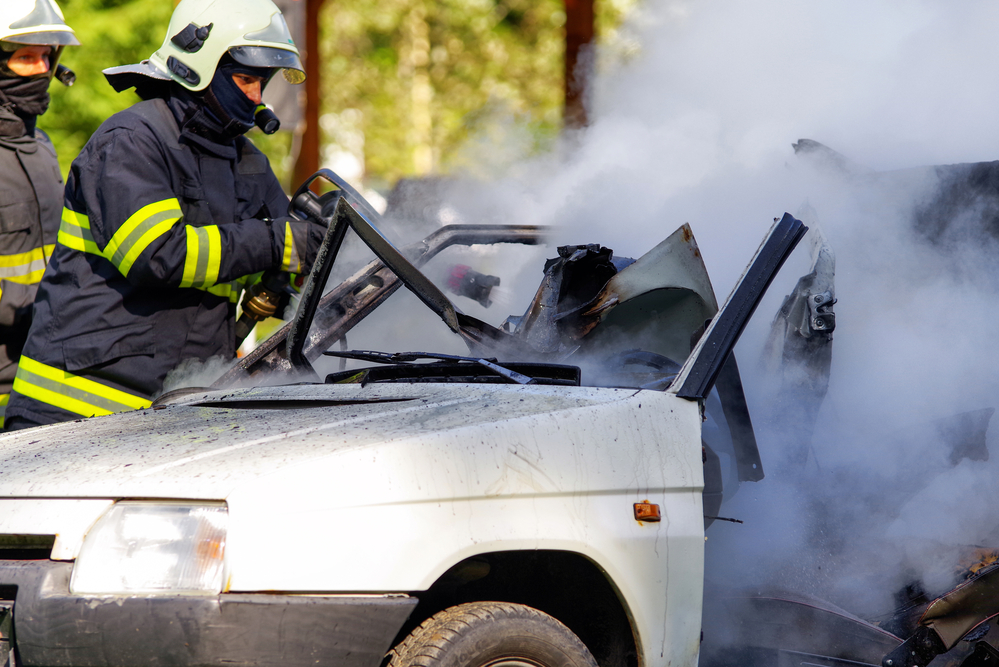 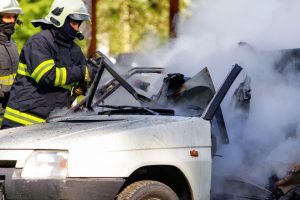 According to Pennsylvania State Police, a Toyota Sienna minivan was traveling along the highway while the occupants were on their way home from work. Due to concern about mechanical issues, the minivan had its hazard lights on at the time. The minivan, containing four occupants, was hit from behind by the Toyota Sports Utility Vehicle. The impact caused the minivan to go off the highway and striking a concrete barrier. The minivan then became engulfed in flames.

State Police said that two of the occupants in the rear of the minivan were killed by the fast-moving fire.  The minivan driver and one passenger sustained injuries and including burns.

The Center for Disease Control reports that every day there is 29 death in the United States caused by alcohol-impaired drivers.  This horrifying statistic means that there is one death every 50 fifty minutes throughout the nation that could have been prevented.

Injured in a crash with an Impaired Driver? Consult a Bucks County Motor Vehicle Accident and Injury Attorney to Protect Your Rights

At Kamensky Cohen & Riechelson, our team of attorneys is experienced in supporting and fiercely representing our clients who have been involved in all types of motor vehicle accidents across Princeton, Trenton, Hamilton, Lawrence, and the greater Mercer County area. No matter your situation you don’t have to confront it alone.

To speak with one of our experienced personal injury attorneys today in a free and confidential consultation regarding your potential personal injury or permanent disability case, please contact us online or through our Trenton, NJ office at 609.528.2596.