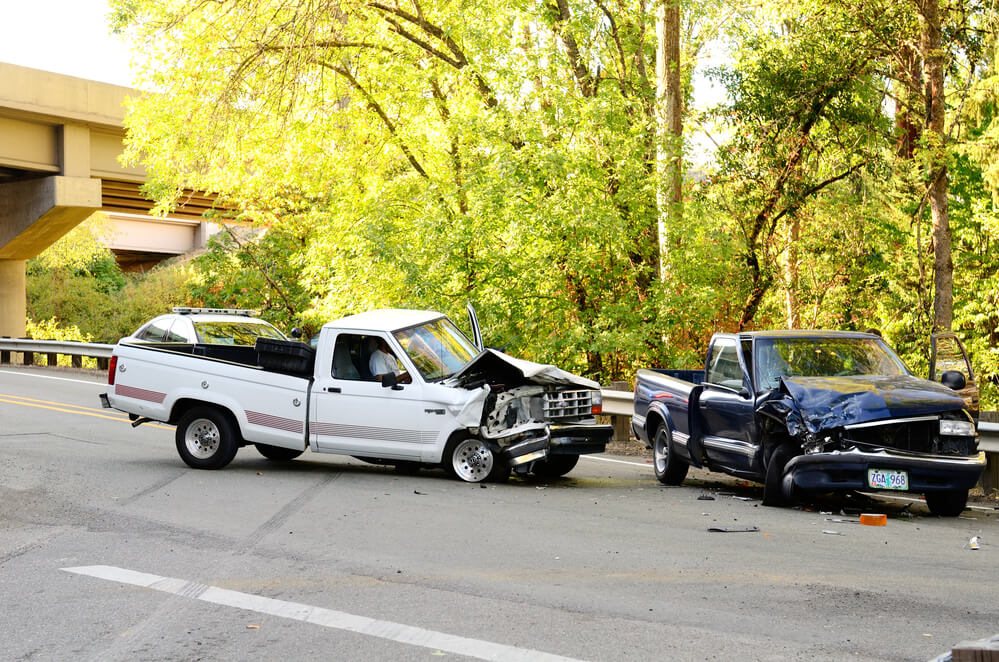 All drivers should know their legal responsibility when approaching a yield sign. New Jersey law (N.J.S.A. Section 39:4-144) requires drivers to either slow down or stop when necessary to the traffic that has the right of way. When a driver approaches an intersection, the driver with the yield sign must give way to the cars already on the road and can only cross or enter the intersection after it has yielded. When two vehicles simultaneously approach an intersection, the car to the left must yield to the car on the right.

Yielding the right of way doesn’t only apply to yield signs. It also applies when a driver approaches a stop sign. A driver must stop their vehicle within five feet of the crosswalk and can only proceed after it has yielded to oncoming traffic and pedestrians. In the event of multiple stop sign intersections, the driver must let the driver who arrived first pass.

When a driver fails to adhere to a right-of-way and forces themselves into ongoing traffic, the other driver’s reaction time is diminished. This scenario gives rise to various injuries, ranging in severity from fatalities to property damage. When these accidents occur, liable parties may be held accountable and forced to cover the costs of victims’ injuries, property damage, and all losses associated therewith. When a person causes wrongful death in a failure to yield accident, they may also face liability in a lawsuit in New Jersey.

Frequent Reasons for Failure to Yield Violations in NJ

In 2020, the New Jersey Department of Transportation statistics showed over 6,000 car accidents at signalized intersections and over 34,000 accidents at intersections. Many reasons account for these accidents. At times, a driver is careless. They rush to work, pick up their children from school, and run other errands, increasing their propensity to speed.

Other times, drivers may think no one is watching. They fail to yield to oncoming traffic, thinking they won’t put anyone’s life in danger. Or, the driver rolls past a stop sign instead of a complete stop because they don’t see any other cars at the intersection.

Spectrum of Injuries Resulting from Failure to Yield Accidents

Many factors account for the severity of a person’s injuries in a car crash. The other driver can swerve into another lane to avoid the car, causing it to crash into another car or barrier. Or, the driver had no time to react and sustained the full force of the impact. The vehicle’s velocity, point of impact, and the driver’s reaction time can all impact the severity of injuries.

Whiplash is a common failure-to-yield injury. It impacts the neck and results from the head jolting outside of its normal range. The force of the collision can commonly cause broken bones or fractures.  Cuts and lacerations are also commonly sustained. More severe injuries like concussions and Traumatic Brain Injuries are also common. This happens when a person’s head hits airbags, a side door, or something else.

In New Jersey, the person who caused the car accident is usually responsible for the victim’s injuries. It’s the injured driver’s burden in court to show another person was negligent.

Proving that another driver was required to yield and subsequently failed to do so typically involves a reconstruction of the actual accident. Police reports will help to establish liability as they will detail the accident. Bystanders may have also captured the accident on their cell phones, or there may be nearby businesses with cameras that can aid in piecing together what happened.

When there are no witnesses, an experienced attorney can help gather evidence to show fault. Often, the impact on the car will be telling. When a driver fails to yield, the driver who had the right of way will crash into the other.

New Jersey is a comparative negligence state. That means determining which driver is at fault is only the beginning of the inquiry. The law will look at how much each party contributed to the accident. For example, suppose one driver fails to yield, but the other driver had time to stop and instead t-boned the car that flew through the yield sign. The fault would be distributed to both drivers according to how much their actions contributed to the accident.

You may be entitled to recover monetary damages for your medical costs, lost wages, temporary or permanent disability, property damage, and pain and suffering following a failure-to-yield accident. If you have been injured in an accident due to another driver’s failure to yield, call (609) 528-2596 today for a free case review, answers to your unique questions, and assistance with your case. An experienced personal injury lawyer at Kamensky, Cohen, and Riechelson can ensure you put forward your strongest claim and meet your burden in proving the other party’s negligence.

We have 50 years of experience representing clients in failure-to-yield accidents and other crashes involving motor vehicles, motorcycles, bicycles and pedestrians, trucks, and other incidents resulting in injuries throughout Mercer County and New Jersey. With local offices in Trenton, our personal injury attorneys frequently help injured victims recover compensation for their injuries and property damage in Willingboro, Princeton, Ewing, Burlington, Trenton, Lawrence, and East Windsor. Contact us to discuss what happened in your failure to yield accident case and how our dedicated lawyers can help with acquiring the financial resources that you are entitled to from those responsible.