Tailgating is a Major Cause of Car Accidents in NJ 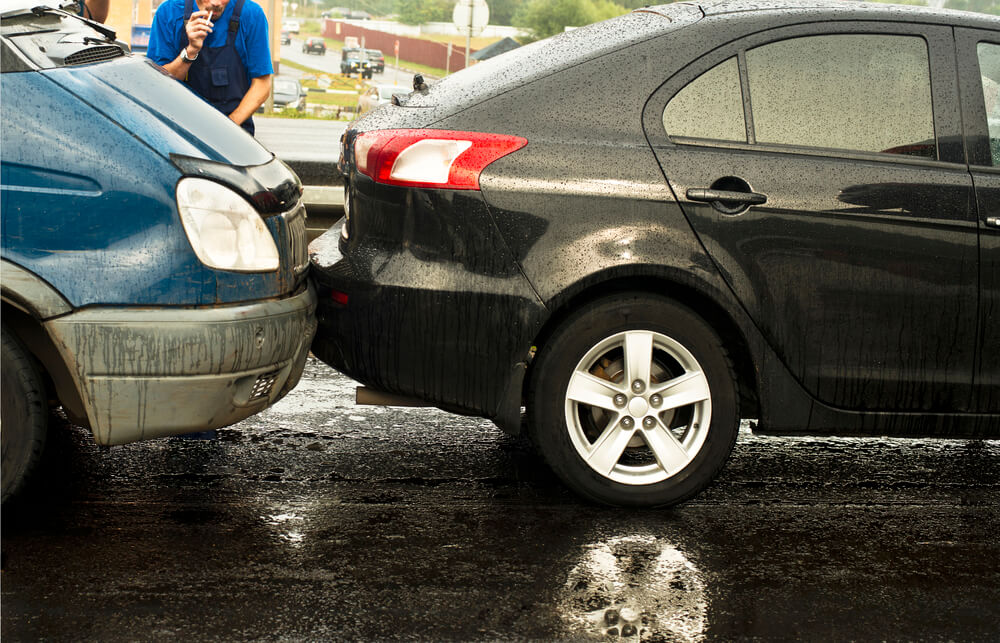 Because of the serious related injuries and the frequent occurrence, tailgating is considered a major source of auto accidents.

Tailgating is a dangerous practice where a driver allows their car to get precariously close to the car’s bumper in front. It occurs mainly on highways at high speeds and is incredibly dangerous. If you were involved in a car accident because of tailgating, you should contact a personal injury lawyer to discuss the possibility of recovering compensation for your injuries and damages. The skilled attorneys at Kamensky, Cohen & Riechelson have handled a multitude of car accident claims against tailgating drivers in New Jersey. Let us help you weigh your options by contacting us for a no-cost, no obligation consultation today.

As previously mentioned, tailgating occurs when one vehicle follows another too closely. This situation frequently happens when the car behind wants to pressure the car in front to go faster. Tailgating is included on the list of road rage behaviors. Road rage is when a driver uses their vehicle aggressively and dangerously to express their displeasure at another car’s speed or driving behavior. It is hazardous and causes accidents. In fact, half of the drivers who are the victims of road rage and tailgating admit to retaliating with aggressive driving. Tailgating is a subgroup of aggressive driving. Aggressive driving is the cause of more than 61% of all accidents.

Tailgating is Against the Law in NJ

Most people see tailgating as a minor, harmless offense, but the state of New Jersey believes otherwise as a citation will take five points off of your license. If you were driving more than 30 miles over the speed limit (reckless driving), you are facing hundreds of dollars in fines, higher insurance premiums, and a suspended license.

The law says that tailgating in a construction zone, school zone, or another safe zone, or if tailgating is part of a poor driving combination, consequences will be graver. The worst scenario will be if your tailgating results in a severe accident with injuries.

A specific distance between cars is not given in the tailgating law. It states that the car behind must keep a “reasonable and prudent” distance from the bumper in front. Sometimes it isn’t easy to judge the proper length. It can be a bit of a conundrum following the government’s recommendation. While the law doesn’t specify the distance, a car should have one car length for every 10 miles per hour it is traveling. However, keep in mind that higher speeds and rain or snow can create treacherous road conditions.

Tailgating carries severe penalties because out of all types of accidents, tailgating is the second most common. Serious accidents can occur by not taking precautions about keeping the appropriate distance between cars when slowing down or stopping on toll roads.

Tailgating by the Numbers

In a separate study, tailgating participants with children marked 56% male rivers out of 100 and 44% female. This study measured drivers who had been ticketed for tailgating. Most of the incidents occurred when the driver’s children were not in the car (92%).

Why Is Tailgating So Prominent?

Several recent studies have demonstrated critical behavioral factors that tailgaters possess. The first is self-importance. According to their thought process, if they are late and need to get somewhere, everyone should move out of their way or face the consequences. But unfortunately, those consequences could be deadly for the aggressive driver and everyone around them. Younger drivers, besides being inexperienced, sometimes drive too fast or have trouble keeping control of the vehicle. Sometimes they are risky drivers who make choices impulsively. The overly-confident drivers are tailgaters too. They feel they can handle any situation because they are a skilled driver but what they seem to forget is the combination of speed and drivers that are too close is a danger for anyone, even an expert.

Most Common Type of Accident Due to Tailgating

The most common type of accident due to tailgating is a rear-end collision.

Common Injuries in a Tailgating Accident

The most common injury is whiplash. This is when the head moves backward and then forward very rapidly. This can cause damage to the neck (muscles, tendons, cervical column), and it is painful. The back can be hurt as well with anything from muscle damage to herniated discs or worse. You may suffer from a TBI (Traumatic Brain Injury) which occurs when your head moves violently, and your brain hits the skull. This can result in a concussion, contusion, or a brain bleed. If your legs are injured, you could have a fracture, a sprain, or soft tissue damage in your joints. Similarly, your wrist, arm, shoulder, or clavicle can be hurt. If the crash is particularly violent, you could suffer a combination of injuries, including your vital organs, or your crash may result in your death.

Why Is Hiring A Personal Injury Lawyer A Good Idea In A Tailgating Accident?

A knowledgeable personal injury lawyer can keep the focus on you and your right to recovery from your injuries. They can interview witnesses, take pictures, gather evidence, interview specialists, and negotiate with the insurance company. If need be, a lawyer can represent you in court and make sure your injuries and damage are properly explained. Neck and back injuries may seem mild, but they are nothing to sneeze at. Sometimes they worsen over time. The insurance company will most assuredly have a lawyer on their side; why shouldn’t you?

Are You Seeking Compensation After a Tailgater Caused Your Accident in New Jersey?

Did a tailgater hit you? Is your car seriously damaged? Have your injuries been diagnosed? Did you know that insurance companies look for reasons why you could have been at fault even though you were hit from behind? They cite reasons such as texting, drowsy driving, or distracted driving. It would help if you had a personal injury lawyer who is familiar with how they work.

The insurance companies are not your friends, but our experienced personal injury lawyers at Kamensky, Cohen & Riechelson will work with your unique case to obtain the compensation you deserve. With meticulous investigation and skillful representation, our accident lawyers work with you to build your case and recover your losses.

Contact us today for a free consultation. Our clients come from different places such as Burlington, Lawrence, Hamilton, East Windsor, Ewing, Trenton, Princeton, and towns across Mercer County, Middlesex County, Burlington County, and New Jersey. We don’t get paid unless you do. Call us now at 609-528-2596 to discuss the details of your tailgating accident case.