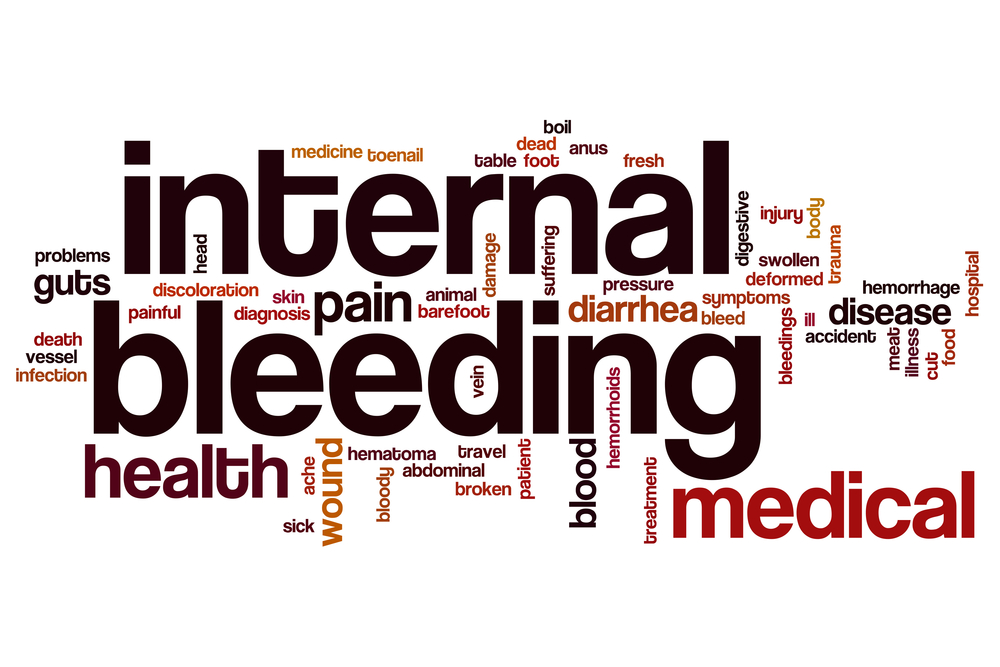 One of the most difficult injuries to identify is related to internal bleeding. For that reason, it is also one of the most dangerous types of injuries following an accident.

Accidents happen, and when they do, their effects on the people involved can vary. When an accident involves an injury, it’s essential that the victim seek immediate medical care regardless of whether they are expressing symptoms. Why? Injuries caused by impact, falls, and other accidents can take up to a few days to manifest pain, and in some cases, a person can be injured without expressing any symptoms at all. Read on to learn more about one such injury that can take a while before symptoms appear – internal bleeding – and why it’s essential to seek the support of a knowledgeable personal injury attorney if you’ve been injured in an accident caused by someone else’s negligence or medical malpractice.

What is Internal Bleeding in NJ?

Internal bleeding is a condition in which blood from a ruptured vein or artery leaks out of the circulatory system, and instead pools in some other part of your body. While most injuries are easy to identify because they have obvious symptoms such as immediate swelling, bleeding, and cut skin, internal bleeding is more difficult to immediately discern, because evidence of the misplaced bleeding can be slow in showing itself.

What Are the Signs and Symptoms of Internal Bleeding?

While symptoms may be slow to form, they reflect a very serious and sometimes life-threatening injury. One of the first symptoms is swelling and pain to the touch at the site of the internal bleeding. Additionally, a person with internal bleeding may experience light-headedness; absence of breath; headaches; difficulty focusing or feeling confusion; and bloody nose, feces, or urine.

Would I Feel Pain if I Had Internal Bleeding?

As noted above, one of the dangerous elements of internal bleeding is that it is not as obvious as bleeding occurring outside the body due to a cut or puncture. Internal bleeding can begin within tissues, organs, or hollow cavities of the body such as the chest, and not become evident or painful until it leads to excessive blood loss activating one of the above symptoms, or until it causes a blood clot that affects the functioning of one of the systems of the body by compressing it. As such, it could be hours at least before internal bleeding becomes evident unless specific x-rays are performed.

What Are Some Causes of Internal Bleeding?

Additionally, bleeding during pregnancy is a potential sign of miscarriage or an ectopic pregnancy, in which the placenta and fetus implant themselves in the incorrect location. If such a development causes internal bleeding for a pregnant mother, it is the responsibility of her OB-GYN or healthcare provider to discover this. If a mother continues an ectopic pregnancy without the healthcare provider becoming aware, it could be cause for a medical malpractice lawsuit.

In fact, medical malpractice can be a cause of internal bleeding as well, if surgery or medical examination is incorrectly performed.

Can Surgery Cause Internal Bleeding?

Surgery can cause internal bleeding if it is improperly undertaken. This could include excessive blood loss during or after surgery or a practitioner error that ruptures a vein or artery and causes bleeding after the fact. For this reason, it is essential that a recipient of surgery be hypervigilant of their functioning and physical processes in the hours and days following their surgery. If a medical practitioner’s error or negligence leads to internal bleeding, the victim can file a medical malpractice lawsuit to recover financial damages.

Can I Ask For Compensation in Mercer County?

Internal bleeding is a very serious injury, and if it happened in an accident, surgery, or examination due to someone else’s negligence or error, you are legally entitled to seek compensation for damages.

Our team of attorneys can help you file your personal injury claim for internal bleeding injuries. Call our for help at our Trenton Office

An injury attorney is an essential ally in a case in which internal bleeding is caused due to someone else’s error. An experienced attorney can help you communicate with the responsible party’s insurance provider once you have filed an injury claim with your own New Jersey provider. They will facilitate you keeping track of and providing the necessary documentation, and coming to a financial settlement with the party whose negligence or error caused your internal bleeding accident, so you can focus on healing.

Internal bleeding is a serious injury, and we know how important it is that you have the financial capacity to treat and recover from your injuries that were caused by someone else’s error. Have you suffered from internal bleeding due to an accident, surgery, or the misdiagnosis of a medical practitioner?

Our firm is poised to help you recover financial damages while you focus on getting back on your feet. We are here for clients in Hamilton, Trenton, Ewing, Pennington, and towns across Mercer County and New Jersey. We take pride in representing and prioritizing injured victims seeking physical and financial wellbeing after a medical event. At Kamensky, Cohen, and Riechelson, we are on your side. Contact us at (609) 528-2596 for a free consultation to discuss your injury and your potential claim.